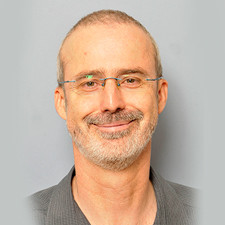 Henning Krieg completed his B.Sc. and B.Sc. Hons in South Africa before travelling on a Fulbright scholarship to the US where he completed his M.S. in Chemistry at Rutgers, the State University of New Jersey in 1994.  He returned to South Africa where he completed his Ph.D. in 2000 at the North-West University (NWU) entitled: Membrane facilitated resolution of chiral compounds.  In 2000, he was appointed as senior lecturer and head of the membrane research group at the NWU.  In 2005 he was promoted to Associate Professor and in 2009 to Full Professor.  He held the position of Subject Head: Chemistry in the School of Physical and Chemical Sciences in 2009.