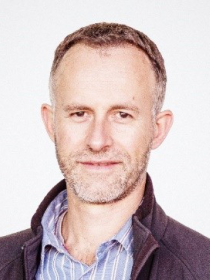 Prof Kriek obtained his MSc in Chemistry on the ‘Separation of Pt(IV), Pd(II) and Rh(III) by means of Differential Photocatalytic Reduction’ in 1994, and his PhD in Chemistry on the ‘Separation of Platinum Group Metals: Photocatalytic Reduction and Complexation Equilibria of Pt(IV), Pd(II) and Rh(III)’ in 1998, both from the University of Stellenbosch, South Africa. Having been awarded with the Sir Henry Strackosch Memorial Trust Scholarship for study in the UK, he obtained a MBA Environmental Management degree from the University of Lincoln (UK) in 1999. He subsequently joined MINTEK, the Council for Mineral Technology in South Africa, working in the fields of environmental management and business development. In October 2004 he joined the North-West University’s (NWU) Department of Chemistry at their Potchefstroom Campus and in 2008 he completed a MSc in Applied Science in Chemical Engineering at the University of Cape Town working on an electrochemical investigation of the leaching of selected platinum group metals. Having joined the NWU he established the Platinum Group Metals Chemistry group, which later became the Electrochemistry for Energy & Environment group.