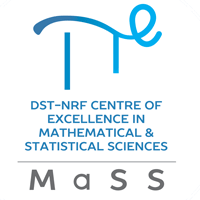 Sarah Bansilal works on the Edgewood campus of the University of KwaZulu-Natal, where she teaches mathematics education to  both pre- and in-service teachers. Naturally, her research is based on the teaching and learning of mathematics. She has a B Paed (Science) degree from UDW, a B.Sc (Hons) from UNISA , MSc (Mathematics) from UNISA and a doctorate in mathematics education from the University of Curtin in Western Australia.

She worked as a teacher for four years in Chatsworth and thereafter worked at a non-governmental organization where she ran in-service courses for mathematics teachers in KZN. This involved travelling the length and breadth of KZN visiting schools, and working with teachers in their classrooms. Thereafter she taught at a teacher training college and have been at UKZN since 2002.

She currently teaches a methods course about teaching of geometry to third year students. She is also the head of the Mathematics and Computer Science education cluster. Currently she supervises about 15 Masters and doctoral students. She has over 50 published papers based on her research interests in the conceptual development in mathematics and the professional development of teachers.

She loves cooking, baking, birdwatching and walking. She lives in Durban which helps her have a relaxed lifestyle. She has two daughters, one at university and the other is in Grade 10.

Prof. Francois Engelbrecht is a Chief Researcher in the Natural Resources and the Environment Unit (NRE) of the Council for Scientific and Industrial Research (CSIR) in South Africa, where he also serves as Research Group Leader of the Climate Studies, Modelling and Environmental Health Research Group. He specializes in the fields of numerical climate model development and regional climate modelling over Africa. After obtaining his PhD at the University of Pretoria in 2006 and a few years there as senior lecturer, Engelbrecht joined the CSIR in 2009, and has since established significant capacity in dynamic regional climate modelling at the NRE. His research is focussed on the projection of future climate change and the simulation of present-day climate variability over Africa, and has led to new insights into the changing rainfall and circulation patterns over the continent under enhanced anthropogenic forcing. Currently Engelbrecht leads the development of the first African-based Earth System Model, towards the first participation from an African institute in the Coupled Model Intercomparison Project (CMIP) of the World Climate Research Programme (WCRP).

Willem Fouché works on the interface of dynamical systems in Ramsey theory, algorithmically random Brownian motion and mathematical logic. He and his research team ``Computability Complexity and Randomness in Decision Sciences'' (CCRDS) at UNISA  are participating in  a Marie Curie  European Union research project ``Computing on Infinite Data''. This is a multi-million project,   involving 22 research groups from all over the world. He has been invited to   participate in the Hausdortff Trimester Programme ``Logic and Algorithms in Group Theory'' at the Hausdorff Research Institute in Mathematics (Bonn) during 2018. He is  a member of the committee ``Logic in Africa'' under the auspices of the Association of Symbolic Logic.

He is at present collaborating with a research group in Auckland, New Zealand, led by Prof Andre Nies on quantum computation  from the viewpoint of algorithmic randomness. They are also studying random phenomena relative to the Haar measures on the absolute Galois groups of number fields.

His hobbies include hiking with his family and the music of Johann Sebastian Bach.

Sanne ter Horst received his PhD in Mathematics at the VU University Amsterdam in the Netherlands in 2007. After a postdoctoral fellowship at Virginia Tech (USA) and assistant professor positions at Utrecht University (NL) and Radboud University Nijmegen (NL) he moved to South Africa where he is now a research professor at NWU. The focus of his research is on operator theory, more specifically, commutant lifting theory, applications to metric constrained interpolation and system and control theory, structured operators and operator pre-order and equivalence relations. In addition, he is associate editor for the mathematical journals Quaestiones Mathematicae en Complex Analysis and Operator Theory and treasurer of the South African Mathematical Society.

The focus of Sergey's research is on finite groups, especially finite simple groups,  and their actions on various objects, such as graphs, geometries, complex curves, and, since recently, non-associative algebras. He authored 90 research publications and one monograph. To day, he supervised to completion 11 PhD students in the US and UK. Sergey is a fluent GAP programmer and a co-creator of the GAP package MAPCLASS. He is a member of the London Mathematical Society.

Sergey is married and has two daughters. He lives in Birmingham with his wife Tanya and their youngest daughter.