Researchers in the Heliospheric Physics subprogram of the CSR do theoretical, numerical modelling and experimental research on the acceleration, transport and modulation of charged particles (mainly cosmic rays) in the turbulent plasmatic environment around the Sun, which is called the heliosphere. Over the years researchers in this group have delivered world-leading research on this and related topics. 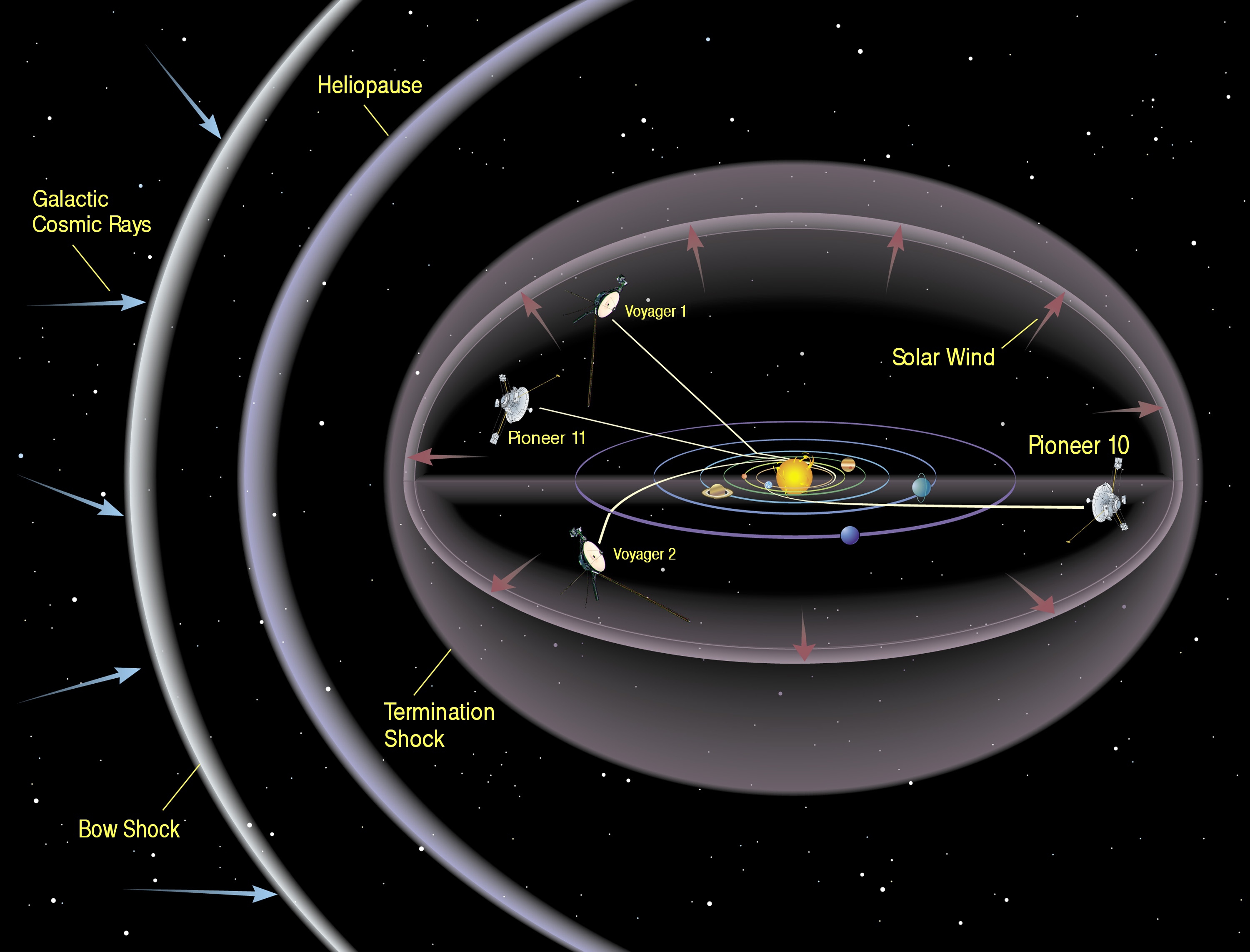 The heliosphere is considered to be the region that is influenced by the solar wind. As this wind blows supersonically away from the Sun, it transports with it the heliospheric magnetic field subsequently creating a turbulent magnetized bubble around the Sun. In the outer heliosphere, the supersonic solar wind makes a transition to subsonic speeds to create a shock, known as the solar wind termination shock (TS).

Still further out between the TS and the outer boundary of the heliosphere, called the heliopause, a region exist known as the inner heliosheath. The two spacecraft Voyager 1 and 2 crossed the TS in 2004 and 2007, respectively. For the first time such a structure, as predicted by magneto-hydrodynamic models, was observed in situ. 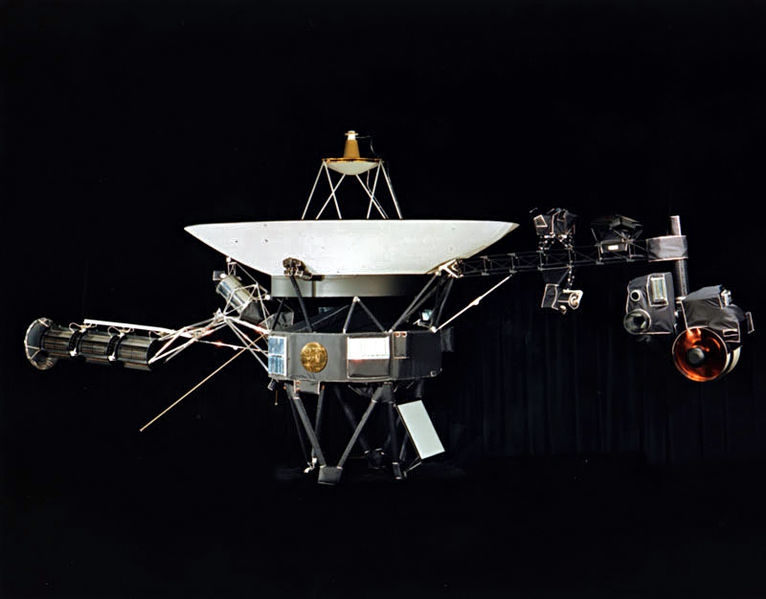 These spacecraft have provided researchers with in-situ observations of solar, heliospheric and galactic particles, as well as the solar wind, the heliospheric magnetic field, from the inner to the outer heliosphere, spanning decades from 1977 until now.

Cosmic rays are charged particles created in galactic space and beyond, from 1 MeV to extremely high energies. They propagate from these sources through galactic and interstellar space to reach the heliopause to subsequently travel through the heliosphere and eventually through the Earth's magnetic field and atmosphere. In this process their intensities are changed as a function of time, energy and position, a process called the solar modulation of cosmic rays.

Many sources of these astroparticles exist and those coming from outside the heliosphere are called galactic cosmic rays and believed to be accelerated in supernova remnants and other more exotic galactic and extragalactic sources. Inside the heliosphere, the Sun produces solar particles and Jupiter's magnetosphere produces Jovian electrons. Particles accelerated at the solar wind termination shock and beyond in the inner heliosheath are known as anomalous cosmic rays. The year 2012 was the centennial celebration of the discovery of cosmic rays by Victor Hess.

The heliosphere shields the solar system and all living creatures from these cosmic rays. Because the Sun is a variable star it produces significant modulation of these charged particles in a variety of cycles. Cosmic rays are excellent indicators of the various solar cycle variations and studying them enlighten us about the characteristics of the Sun's electrodynamic influence sphere. Such studies also inform us about the structural features and geometry of the heliosphere (the local astrosphere), including the solar wind termination shock, the heliosheath and the heliopause because they all influence the flux of cosmic rays arriving at Earth. 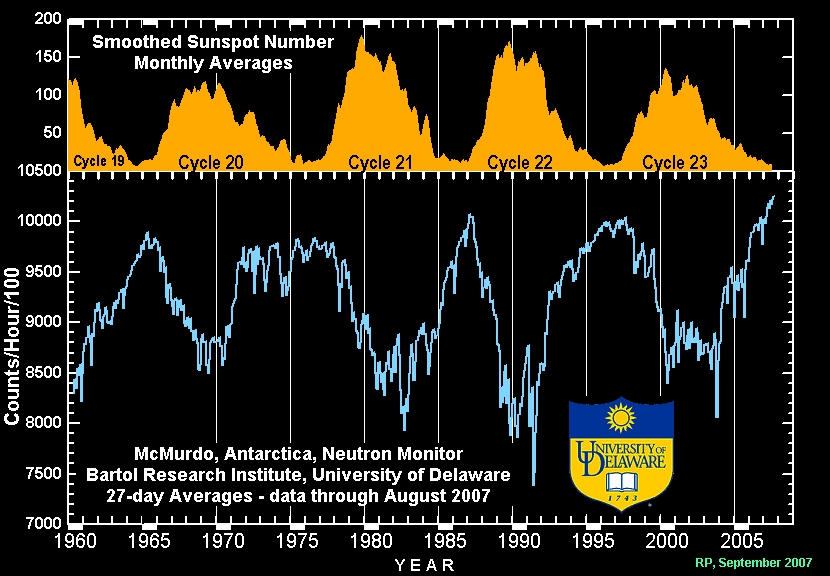 The Sun has a clear 11-year activity cycle changing from what is known as solar minimum conditions to solar maximum conditions. This solar cycle is also evident in cosmic ray intensities as well as in the magnetic field of the Sun. Apart from this cycle, a 22-year cycle has also been observed with the first evidence of a 100 year cycle appearing. Shorter variations also occur, such as the 27-day variation, the daily variation and several sporadic transients, usually triggered by coronal mass ejections and other types of solar cycle phenomena.

Researchers from the CSR have contributed significantly over the years to our understanding of the effects of these solar cycles on cosmic rays. They are also collaborating with the Space Science Division of the South Africa's National Space Agency (SANSA) on the topics of Space Weather and solar-terrestrial relations. Several international collaborations are in place with researchers associated with ESA, NASA and the Italian Space Agency, e.g. in Austria, Australia, Germany, Italy, Mexico, Switzerland and the USA. 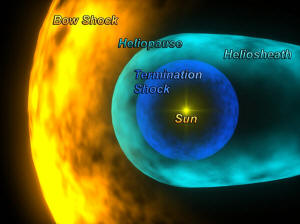 The strategy of the Heliospheric Physics group is to establish a comprehensive picture of the state of the dynamic heliosphere and consequent effects on the transport of cosmic rays. This is done by consolidating in-situ observations with state-of-the-art numerical modelling approaches. This physics is transferrable to astrophysical topics. By utilizing different state-of-the-art numerical models to simulate the modulation of cosmic rays, results are compared to a wealth of in-situ measurements from space mission such as Helios, IMP8, WIND, Voyager 1 & 2, SOHO, ACE, STEREO, PAMELA, AMS2 and the Ulysses spacecraft. This allows for an improved understanding of the evolution of the heliospheric environment and the associated particle transport parameters. The heliospheric magnetic field topology and the turbulent plasma background are investigated theoretically and modelled with magnetohydrodynamic (MHD) models. Recently, new approaches using Stochastic Differential Equations (SDEs) which utilizes massive parallel computing resources, created new avenues to explore aspects of solar modulation that were not previously possible. Members have since 2007 been part of the Centre for High Performance Computing (CHPC) in Cape Town which has provided the infrastructure needed to handle these SDE based models.

Investigating the heliospheric geometry, turbulence, the role of the TS, the heliosheath, the heliopause and the disturbed region beyond the heliopause by using cosmic rays as probes, with advanced numerical models, constitutes the essence of the research of the heliospheric group. However, there is also an experimental side where researchers develop and operate particle detectors to record the solar caused variation in the cosmic ray intensity. These variations contribute in a unique way to our understanding of Space Climate and Space Weather.

The CSR operates four such stations, one in Antarctica, two in South Africa, and one in Namibia. They form part of a chain of approximately 40 stations around the world. Because of their different characteristics, such as cut-off rigidity and asymptotic direction of view inside the Earth's magnetic field, this world-wide network constitutes a special 'extended instrument' with very high directional and energy resolution. 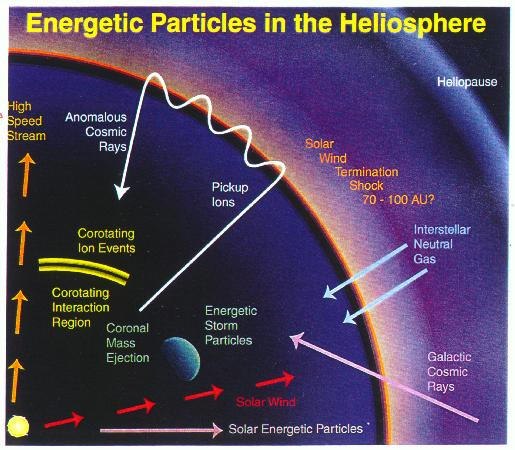 In addition to the operation, management and data distribution of these instruments, the CSR also employs innovative technological developments of counter tubes, micro-electronics and automated data transfer to build e.g. mini cosmic ray detectors, known as neutron monitors, that weigh 260 kg instead of the multi-ton existing instruments. Five of them had already been sold to international groups during the last few years. They promise to make cosmic ray monitor recordings at ground and sea level much cheaper and therefore more readily sustainable.